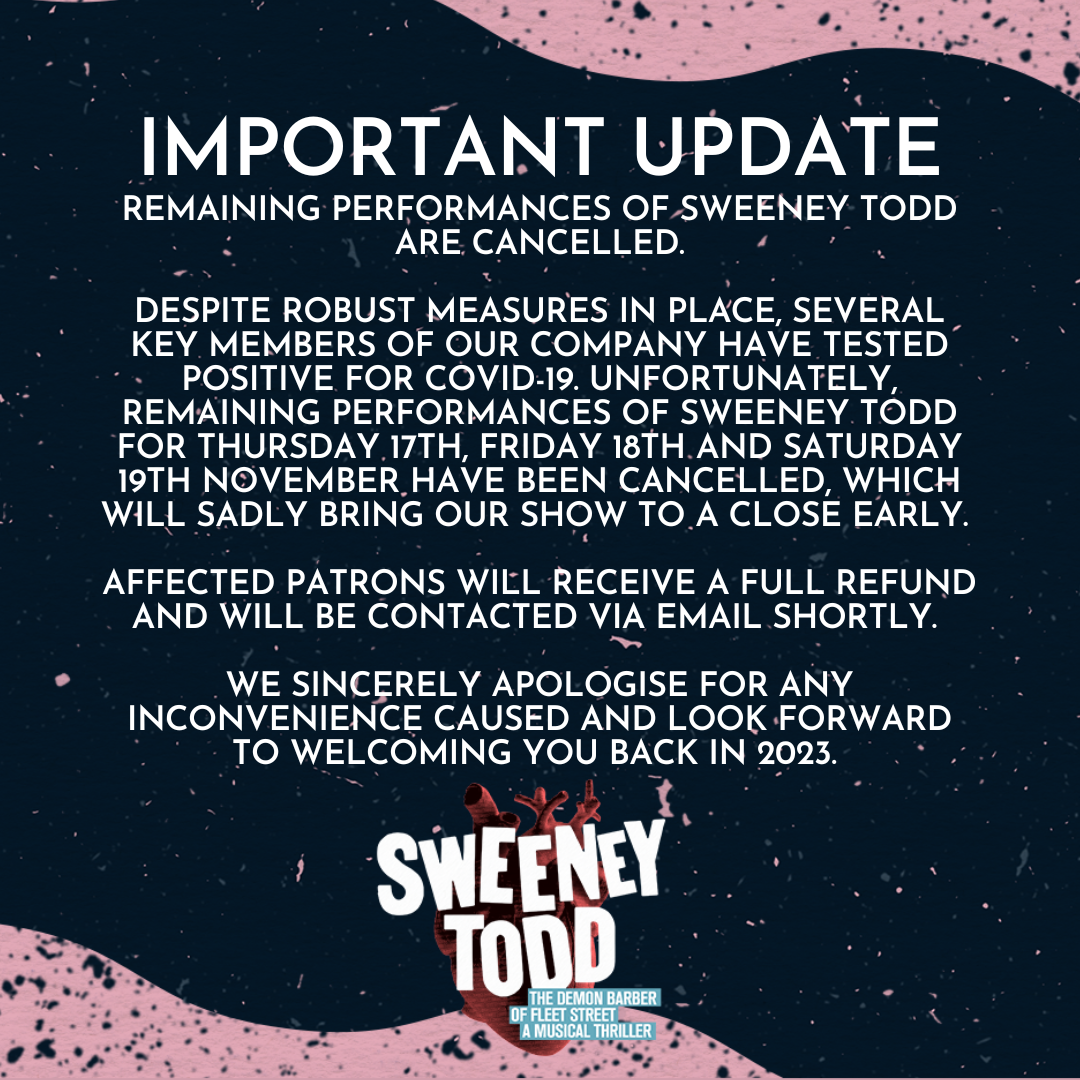 Attend the dark, witty and gruesome tale of love, murder, revenge and indigestion, set against the eerie backdrop of 19th century London

Williamstown Musical Theatre Company is proud to present SWEENEY TODD running from the 4 to 19 November 2022 at the Centenary Theatre, Williamstown

An infamous tale, Sweeney Todd, an unjustly exiled barber, returns to nineteenth century London, seeking vengeance against the lecherous and corrupt judge who framed him and ravaged his young wife. The road to revenge leads Todd to Mrs. Lovett, a resourceful proprietress of a failing pie shop, above which he opens a new barber practice. When the road to revenge eludes him, Todd’s thirst for vengeance and blood turns his attention to the entire human race, and a sinister partnership is forged inspiring Mrs. Lovett’s to incorporate a special ingredient into her meat pies that has the unsuspecting people of London lining up for more… and the carnage has only just begun!

Sweeney Todd quickly became a bloody, worldwide success after being awarded eight Tony’s, (including Best Musical), for its Broadway premiere in 1979. Arguably composer/lyricist Stephen Sondheim’s most perfect yet complex scores, Sondheim and playwright Hugh Wheeler’s tasty, thrilling, theatrical treat, with its lush, operatic beauty and pitch-black comedy is some of the most chilling music ever written for the stage. This masterpiece is sure to simultaneously shock, thrill and delight audiences. You’ll simply DIE if you miss out. 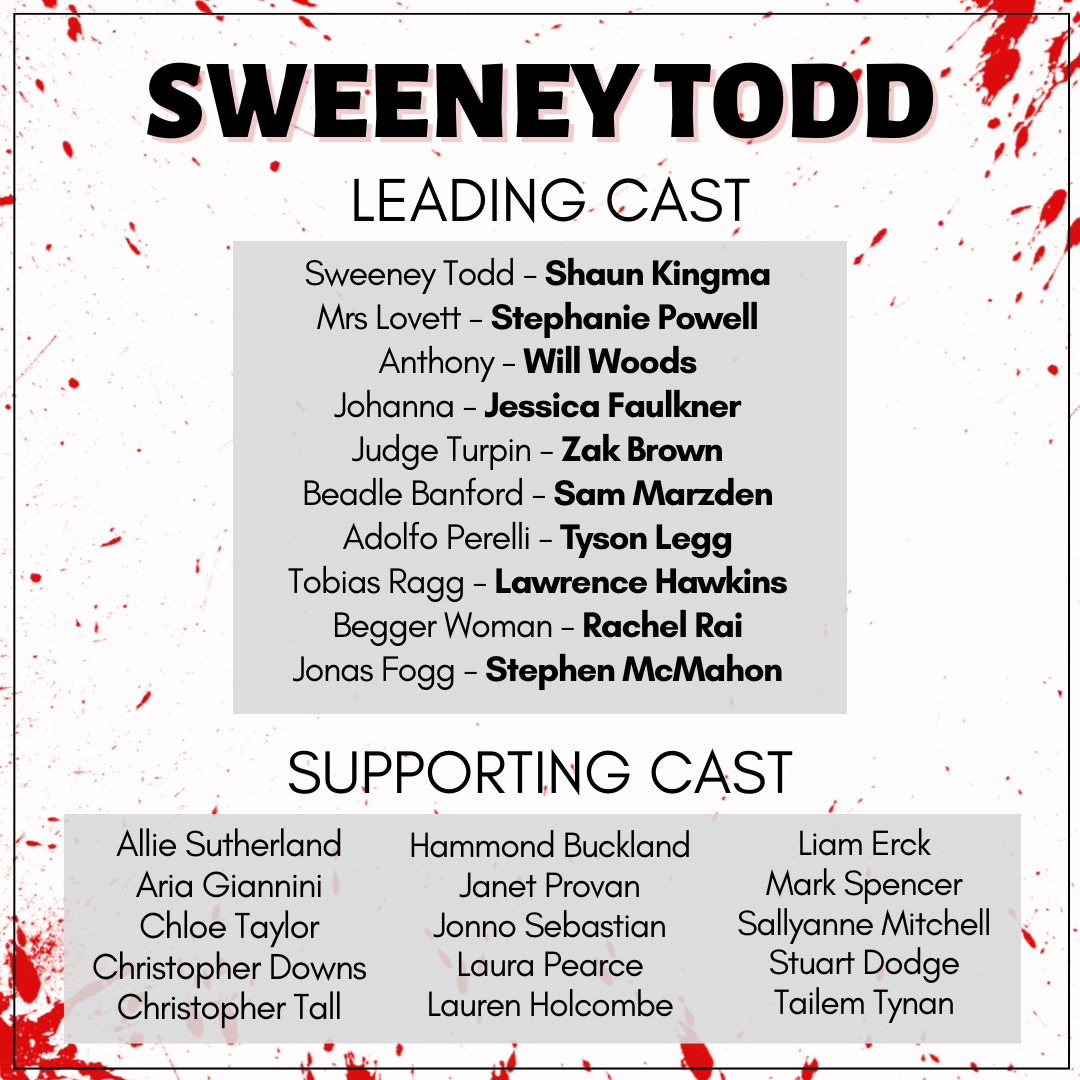