We are very excited to announce our 2018 performance season to be held at our new venue, the Centenary Theatre in Williamstown.

Gilbert and Sullivan’s comic masterpiece is updated with the swinging sounds of 1940s jazz and blues!

Nanki-poo, returns to the Japanese town of Titipu to claim his lover, Yum-yum – only to find she is betrothed to her guardian Ko-ko, the Lord High Executioner of Titipu. Nanki-poo is, in fact, the son of the Mikado who has fled his father’s court to escape from Katisha, an elderly lady of the court who has accused him of the capital crime of flirting. Ko-ko, meanwhile, finds himself in need of a sacrificial victim since the Mikado has noted that he has not fulfilled his quota of executions. When Katisha arrives in search of Nanki-poo, and Mikado himself follows in search of his son, the town is thrown into panic and confusion. Can true love win out.

Cultures glide and collide in this hilarious and ‘HOT’ updating of Gilbert and Sullivan’s ‘The Mikado’. Hot Mikado weaves a snappy and fun packed tale where despite life or death stakes, characters still find time to tap their toes and sing their troubles away. Japanese culture meets 1940s America in a land where outlandish laws sentence people to death for almost any indiscretion, and jazz, the blues and gospel are spoken fluently.

18 – 26 MAY | 6 PERFORMANCES ONLY!
Centenary Theatre, Williamstown

Based on the beloved holiday film, this hilarious fish-out-of-water comedy follows Buddy the Elf in his quest to find his true identity.

Buddy, a young orphan, mistakenly crawls into Santa’s bag of gifts and is transported to the North Pole. The would-be elf is raised, unaware that he is actually a human, until his enormous size and poor toy-making abilities cause him to face the truth. With Santa’s permission, Buddy embarks on a journey to New York City to find his birth father and discover his true identity.

Faced with the harsh reality that his father is on the naughty list and that his half-brother doesn’t even believe in Santa, Buddy is determined to win over his new family and help New York remember the true meaning of Christmas.

Based on the legendary Hilton twins, Daisy and Violet, follow their heartwarming search for love and acceptance amidst the spectacle of fame.

Based on the true story of Siamese twins Violet and Daisy Hilton who became stars during the Depression, Side Show is a moving portrait of two women joined at the hip whose extraordinary bondage brings them fame but denies them love. Told almost entirely in song, the show follows their progression from England to America, around the vaudeville circuit and to Hollywood on the eve of their appearance in the 1932 movie Freaks.

This 2014 revival version of the musical has a completely reworked plot and new songs. It delves deeper into the backstory of the Hilton twins., their relationship with Harry Houdini and of a proposed separation surgery, all with more sophistication and truth.

Don’t miss this remarkable true story of two sisters. The very thing that makes them different… makes them extraordinary. 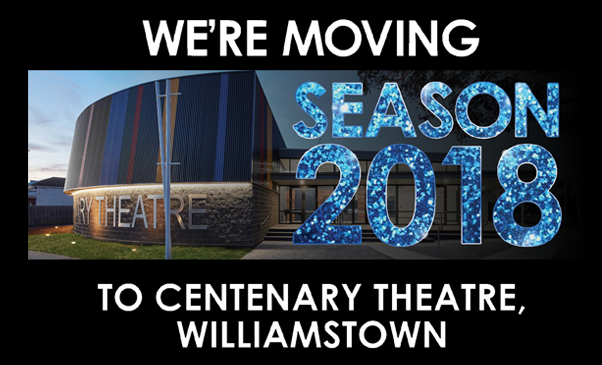 The next couple of years will form exciting times for Williamstown Musical Theatre Company and our beloved Mechanics Institute. With proposed works scheduled for the site starting in 2018, we are pleased to confirm a new performance venue, the Centenary Theatre in Williamstown.

Stay tuned to our website and mailing list for further information on our 2018 performance season, subscription information and ticket release dates, all to be announced very soon. Productions will be scheduled for the months of May, August and November and we very much look forward to your continued support in bringing you our quality productions you have come to love.

To see the seating plan of the Centenary Theatre, please click here.

Here are a few Centenary Theatre sneak peek photos for you to have a look at; 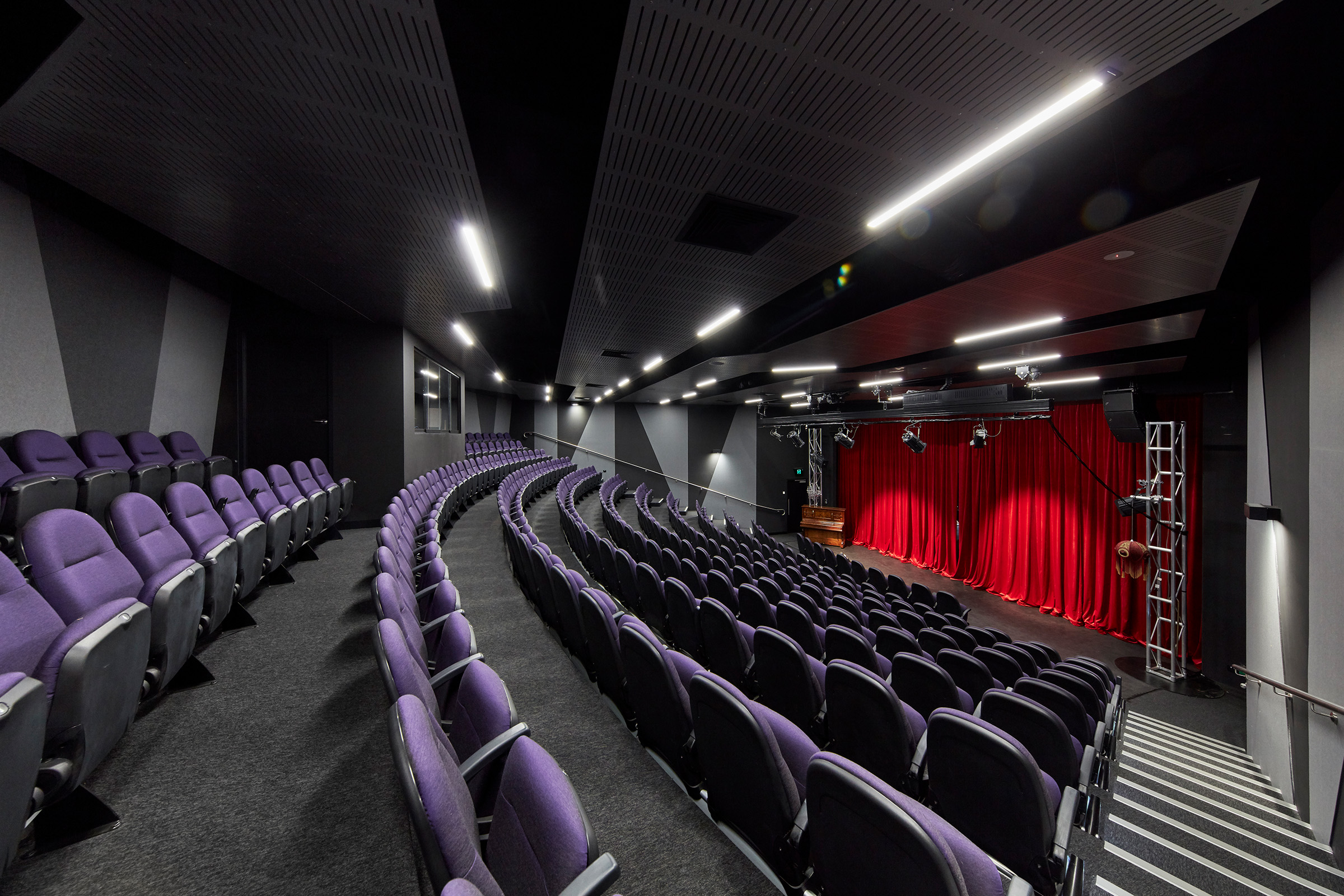 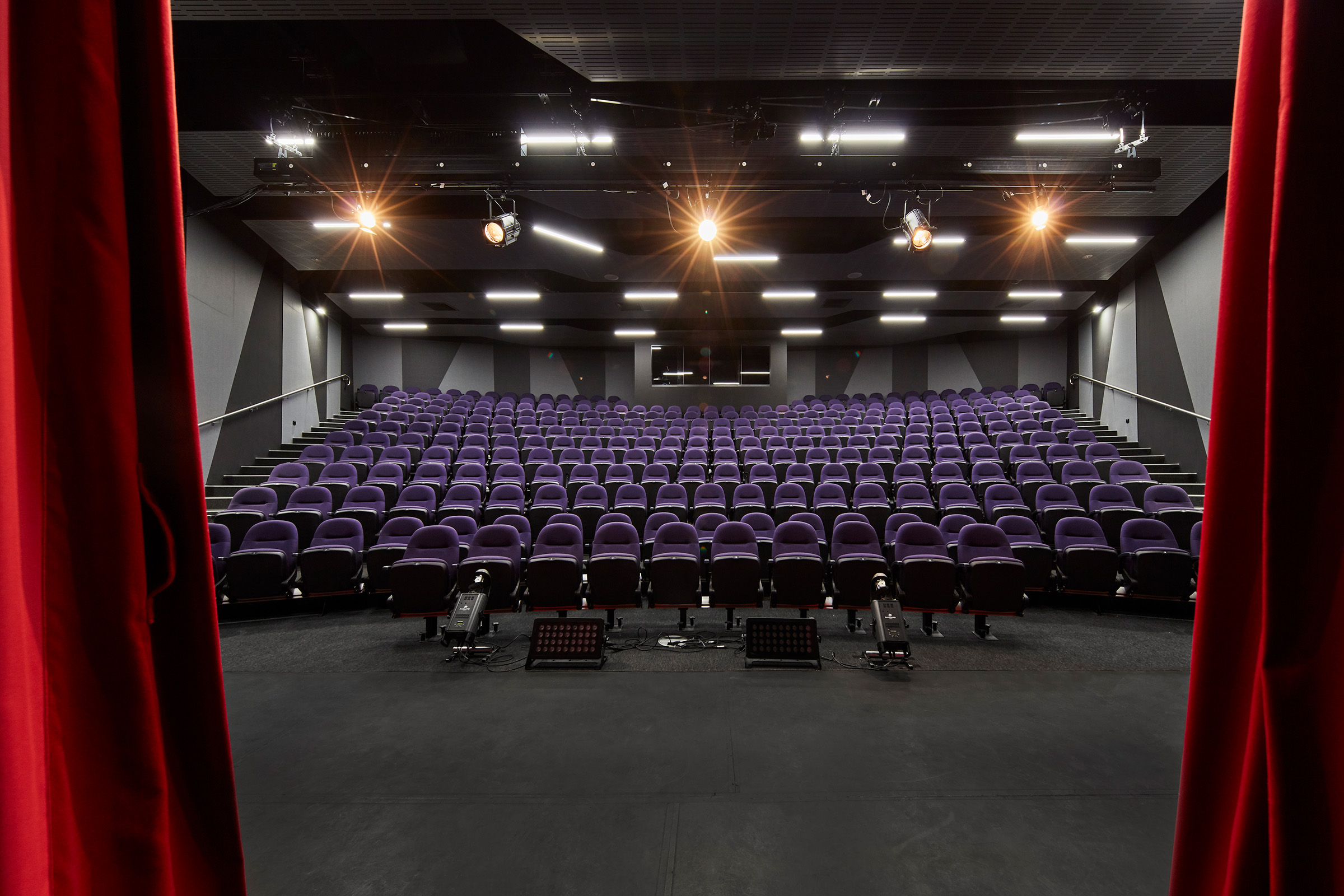 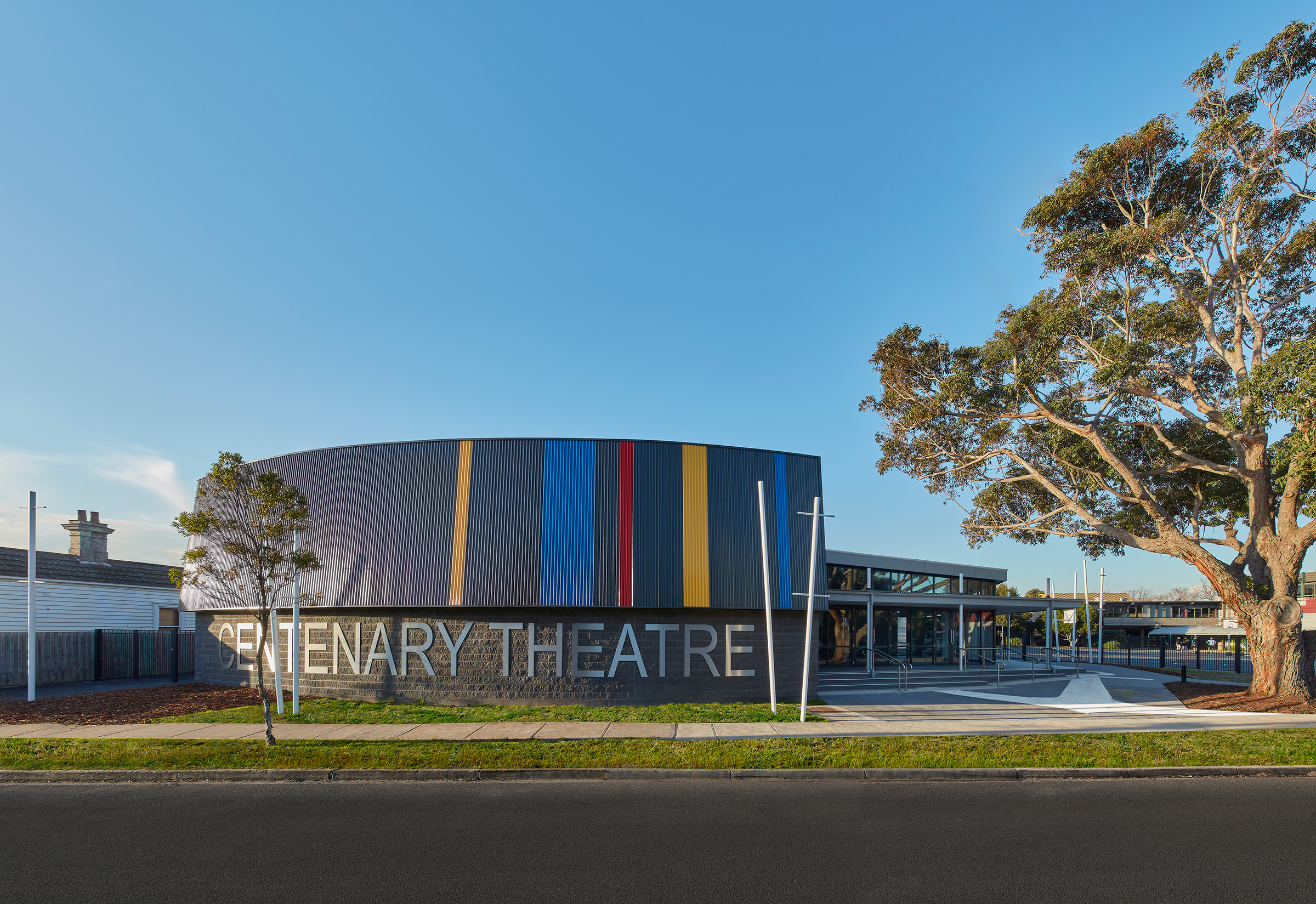 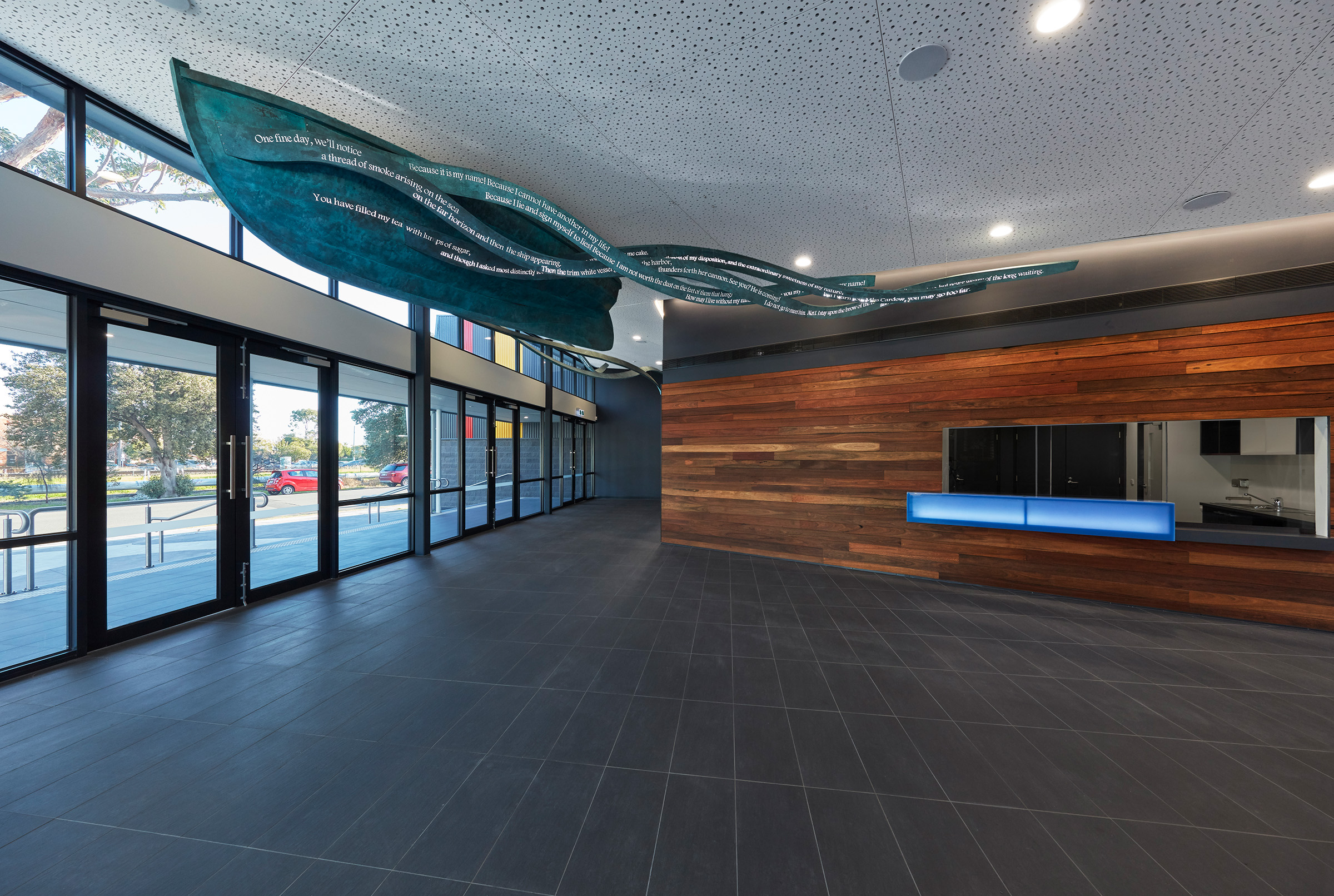 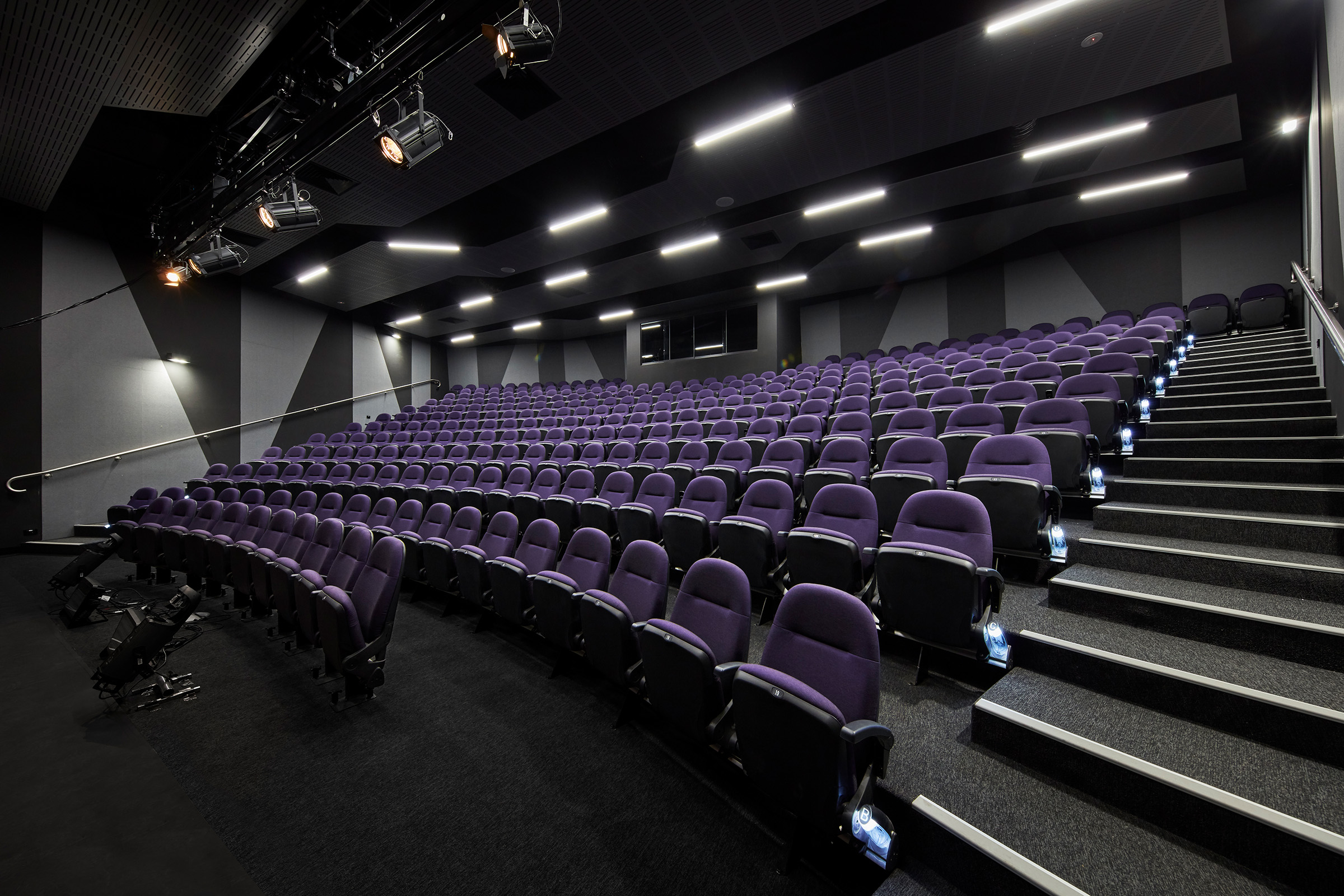 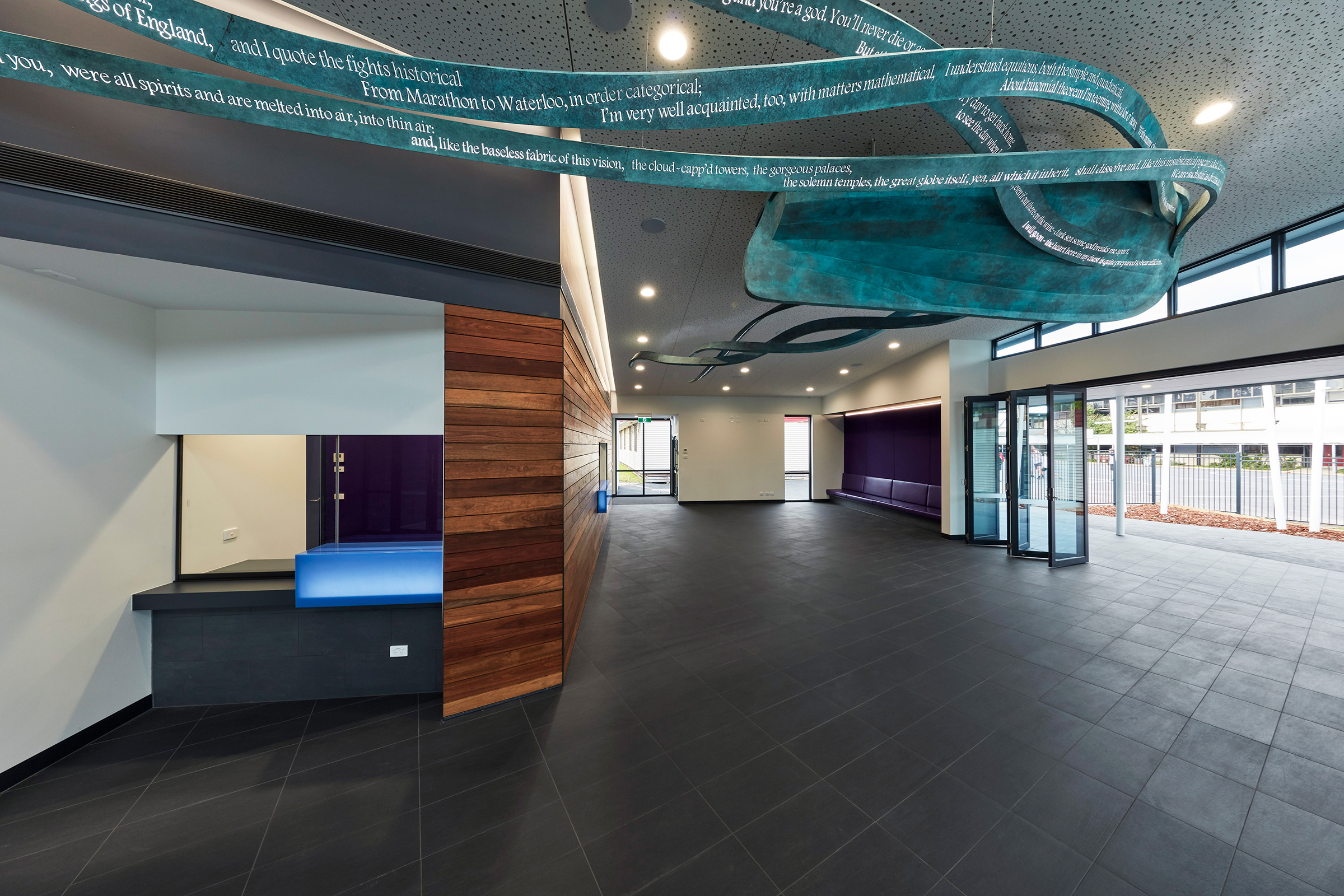 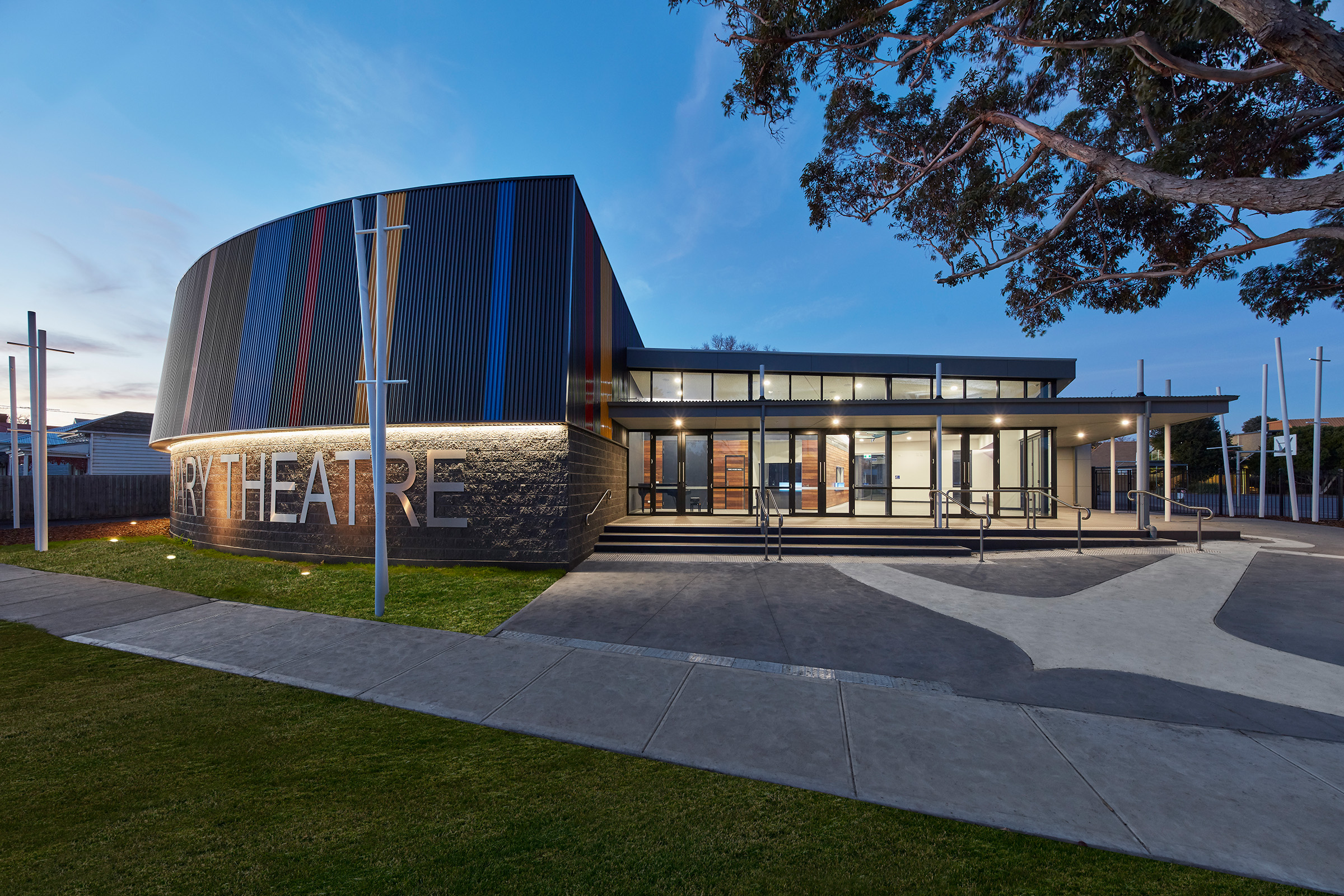 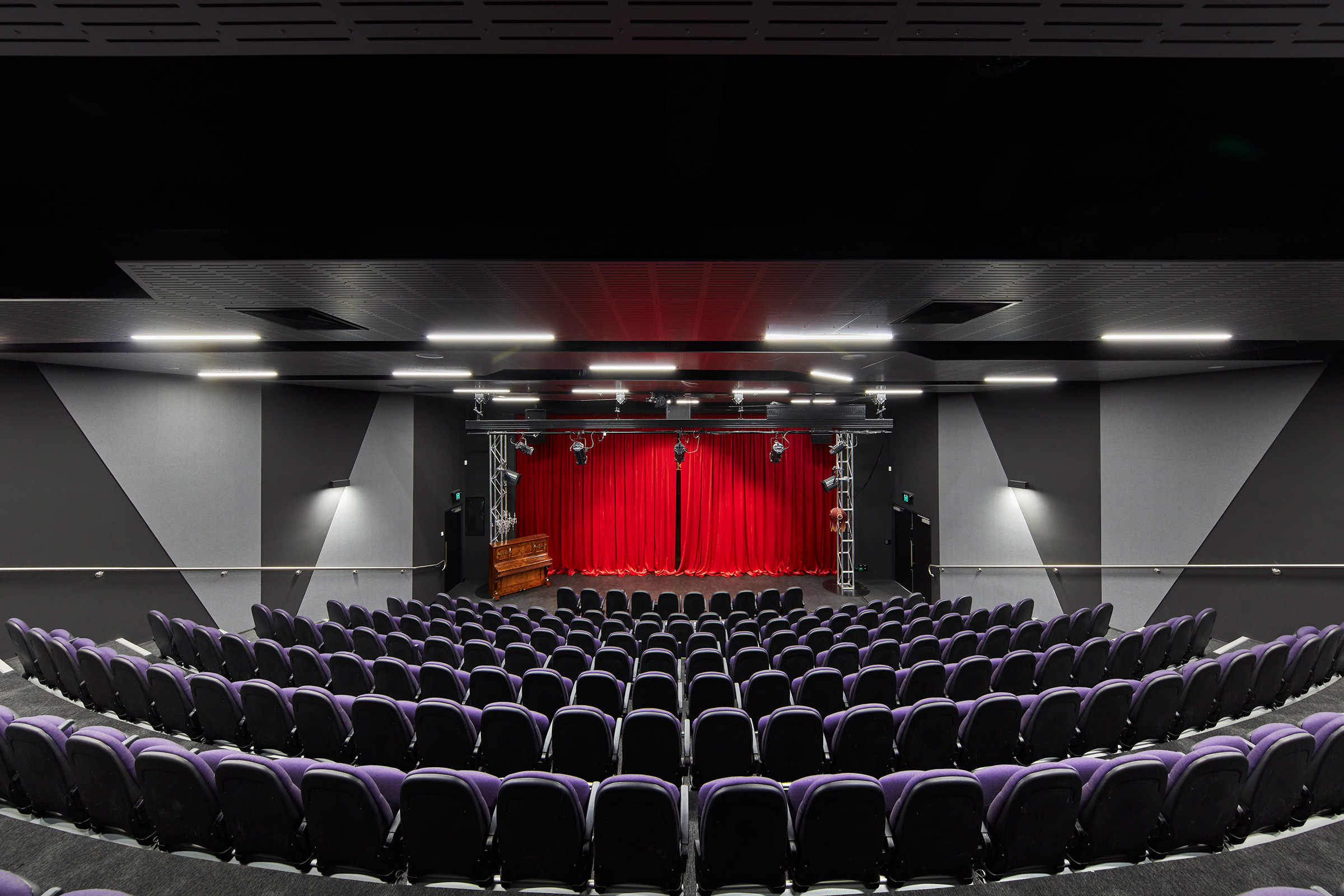 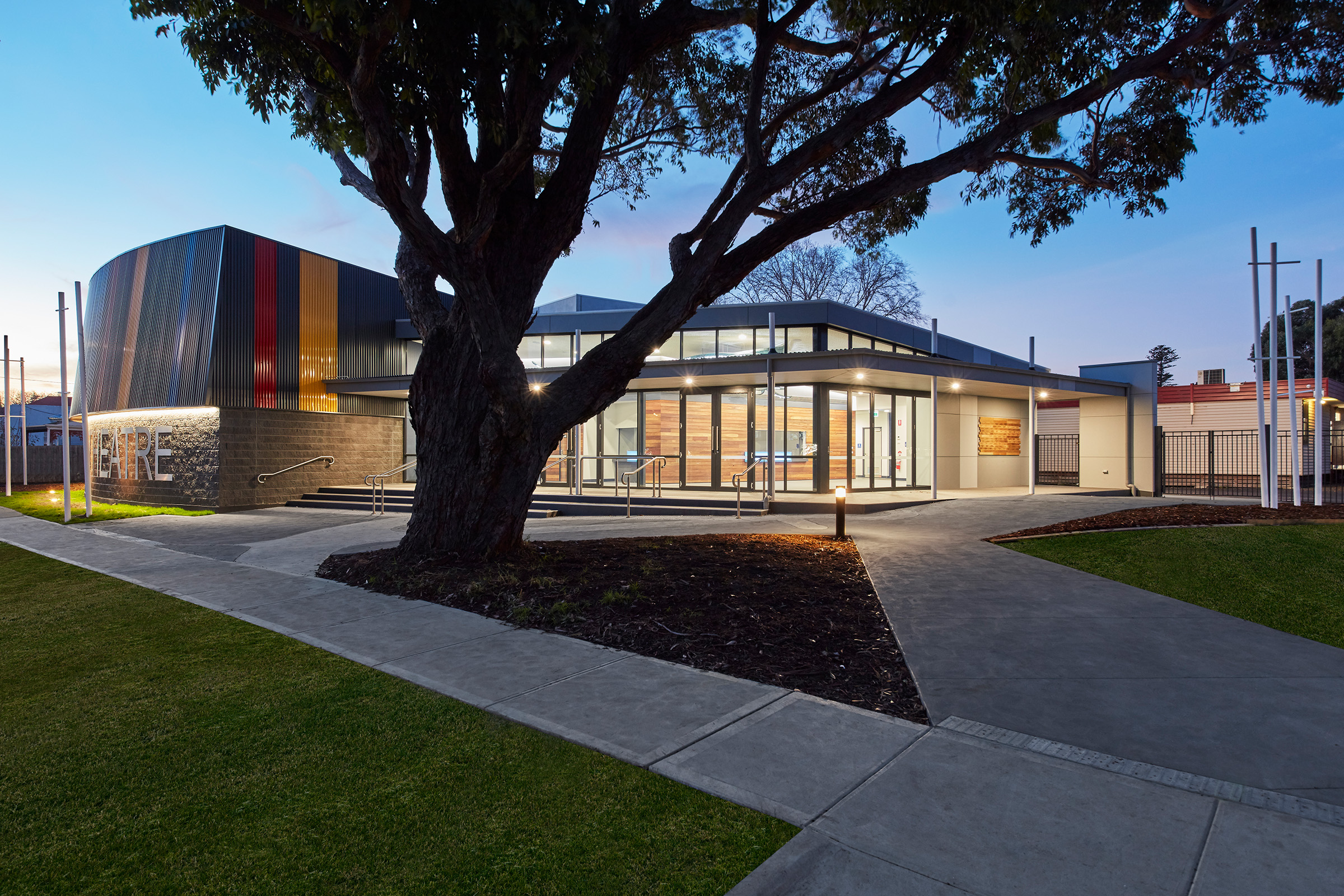 We are pleased to release ANOTHER extra performance of RENT, The Musical to be held on Saturday 25th November at 2.00pm.

The 2017 Music Theatre Guild Nominations have now been released. We would like to take this opportunity to congratulate the below mentioned people but also congratulate ALL of you who have been a part of our amazing 2017 performance year for Williamstown Musical Theatre Company.

The Judging year for 2017 concluded on the 31st October. Our current production of ‘RENT, The Musical’ will be included in 2018 Judging year.

We are pleased to release an extra performance of RENT, The Musical to be held on Wednesday 22nd November at 8.00pm. 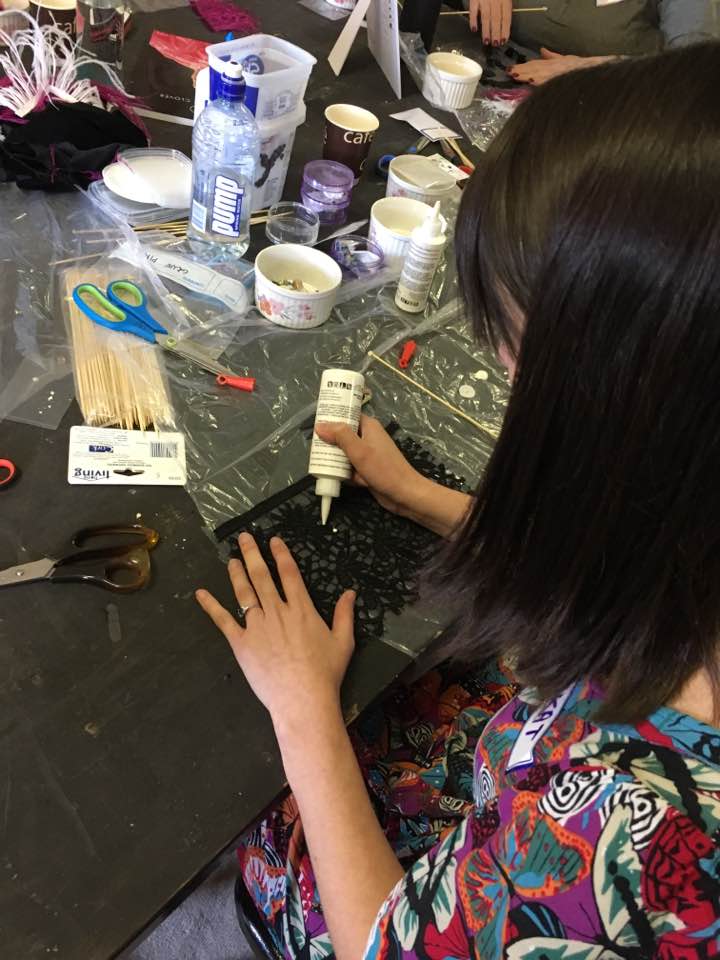 The WMTC Costume Department is thrilled to report the success of our recent Costume Skill Share Sessions with three fantastic workshops; Shape and Texture: Knitting and Crochet for Costume; Creative Costume with Mouldable Plastic; Embellishment for costume: Crystal and Feather work. We received over 30 registrations with many people attending multiple sessions and a waitlist for each one. 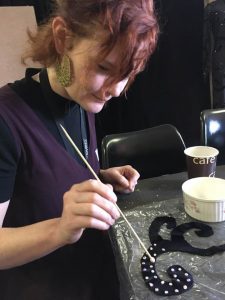 After running pilot sessions internally in the first half of 2017 WMTC invited the public to join our WMTC Costume Assistants Group, who work tirelessly on all WMTC productions, for these fun and creative afternoons. It was a great opportunity to showcase the diversity and talent of our hardworking team and to share our love of costume with new friends.

Each session focused on very different area of making and we are grateful to our amazing teachers, Laura Houlden, Chi Cheung and Katrina Stanley for their generosity in sharing their knowledge and passion for what they do.

Thanks to all who attended! Stay tuned for further information on new costume skill share workshops in 2018. 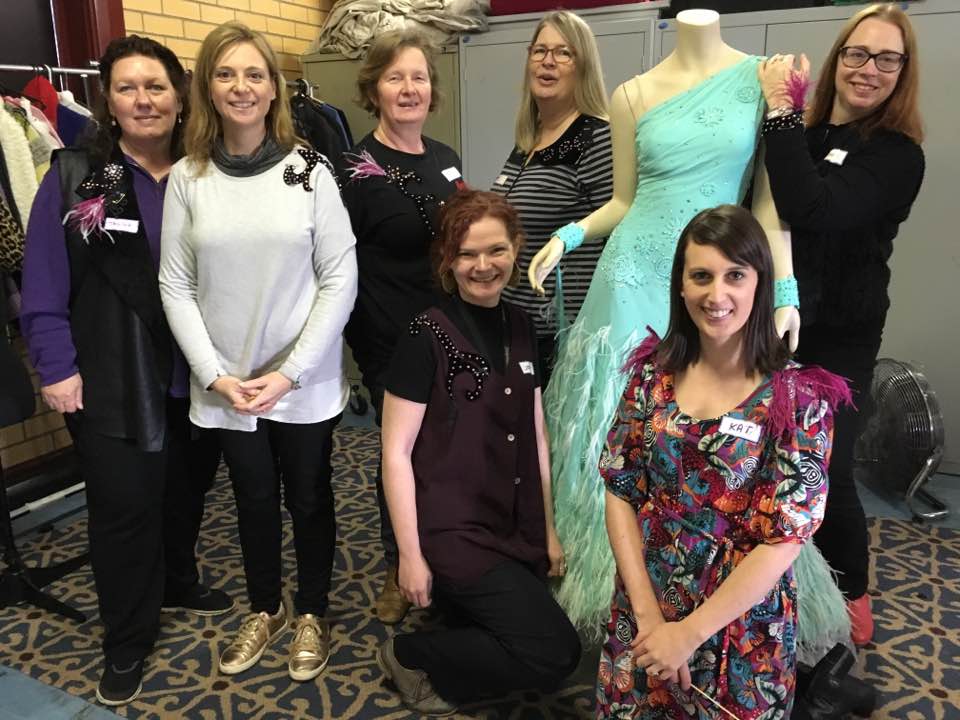 SHAPE AND TEXTURE: KNITTING AND CROCHET FOR COSTUME

In this workshop Laura will teach you how to wield the tools to conquer knitted and crochet fabrics. You will learn how to connect constructed fabrics, add embellishments, create form and shape using knit and crochet techniques. The session will introduce: 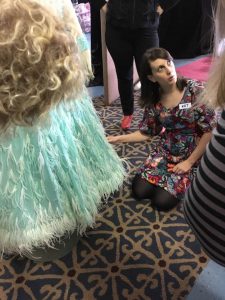 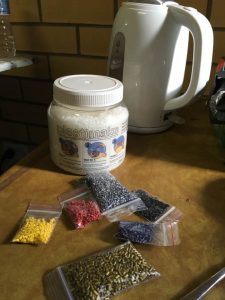 Come and have some fun, learn from Chi who will show you how to create useful and unique items with Mouldable Plastic! It’s easy to use, just soften with hot water and mould with your hands. From costume, craft, cosplay, DIY, fixing things, you are only limited to what you can imagine!!

This session will involve; 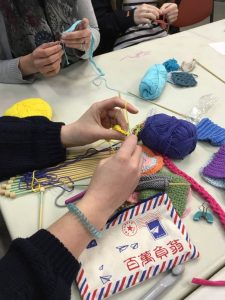 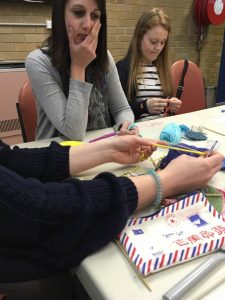 Katrina Stanley invites you into her world of embellishment for costume. Specialising in couture for performance, Katrina has mastered the art of stoning her garments with literally thousands of Swarovski Crystals and would love to share this technique with other costume lovers.

Participants should be able to walk away with something sparkly of their very own.

Williamstown Musical Theatre Company is very excited to announce the cast of our November 2017 production of ‘RENT – THE MUSICAL‘.

The production will run from the 10th to 25th November 2017 at the Williamstown Mechanics Institute Theatre. Early Bird Tickets will be available for purchase from Friday 11th August.

Further information on the production including show dates and times can be found here.

We are pleased to release an extra performance of SEUSSICAL JUNIOR to be held on Saturday 24th June at 1.00pm.

We are pleased to announce the release of audition information for our November 2017 production of RENT.

Audition information can be found here.

We are pleased to announce some new costume workshops and skill share opportunity’s that you can get involved in.