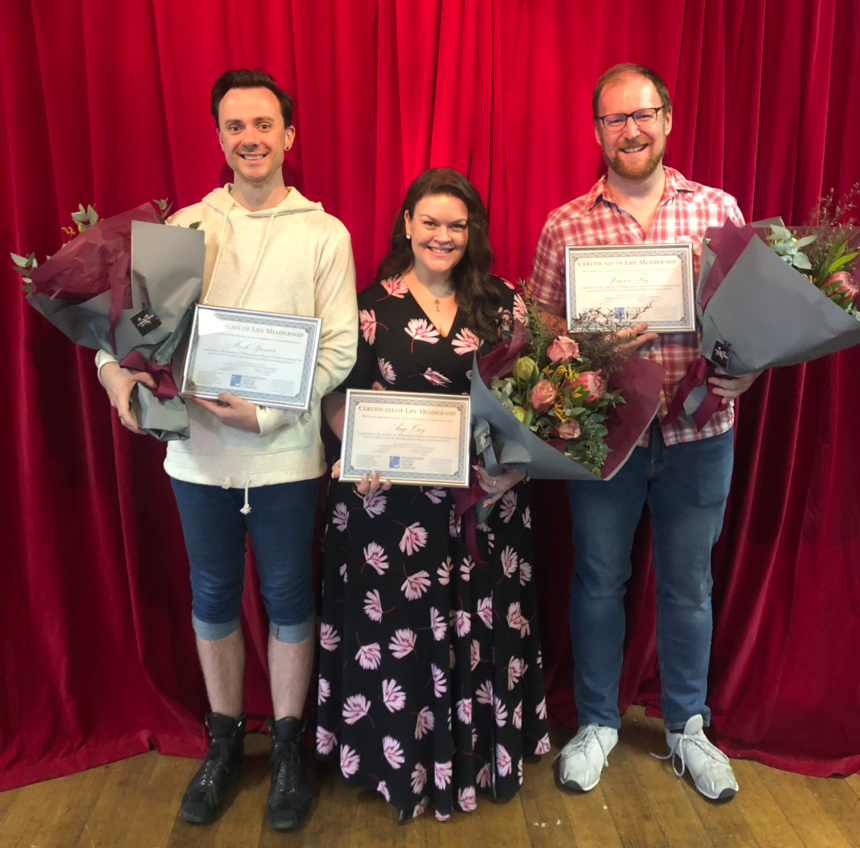 Such was the surprise to our inductees, who were awarded Life Membership for their past and ongoing commitment to the success and longevity of Williamstown Musical Theatre Company.

As most deserving recipients of WMTC Life Membership, we express our deep appreciation for their outstanding and dedicated service to our company. They have given us more than we could ever ask, and they mean more to us than they will ever know.

Here’s a little about our newest inductees;

Joining the Committee of Management in 2013, he has since held the executive position of Secretary of the company for the past 2 years.

Over the years there have been numerous other roles and initiatives that Jayson has participated in, managed, or just been there to give a hand –  including but not limited to Marketing and Publicity, Set Construction, working bees, many times a truck driver and just about anything else, he has also been there most recently as a key project manager/ influencer for last year’s transition for the company to our new rehearsal and performance venues. He has proven to be a great friend to both the company and its members.

Ang was first involved with the Williamstown Light Opera in 2001 as a performer in two productions but her time with the company was cut short as the company closed due to works on the theatre.

Coming back in 2006 by joining the Committee of Management and as a performer in the company Relaunch Concert she has gone on to perform in an additional 3 productions with us. Ang has held multiple production roles over the years, including Director, Assistant Director and most notably Hair & Make-Up Design for an estimated 28 productions.

In 2011 she was one of the key members to establish WMTC’s Junior Program and has held numerous production team roles over the years within this program, most notably being Musical Director. Ang has been a constant for us for over 12 years, a true supporter of the company, a great friend and confidant.

Mark first joined the company in 2008 playing the role of George in ‘The Wedding Singer’ and in that same year, quickly jumped on board by joining the Committee of Management and Production Managing ‘Into the Woods’. Over the last 11 years, things have not slowed down at all.

Mark has held a committee role for 8 years, including 1 year as Vice President and 2 years as Treasurer. A true participant and contributor to the committee and organisation over the years, most recently he helped the organisation with the huge transition to a new operating platform maintaining best practice and improvement.

Mark has performed in a total of 6 productions, been on the Creative Team for 2 and Production Managed for 10 and is one of our key members who in 2011 launched our Junior Program.