Interview with Frankenstein Creatives and Cast 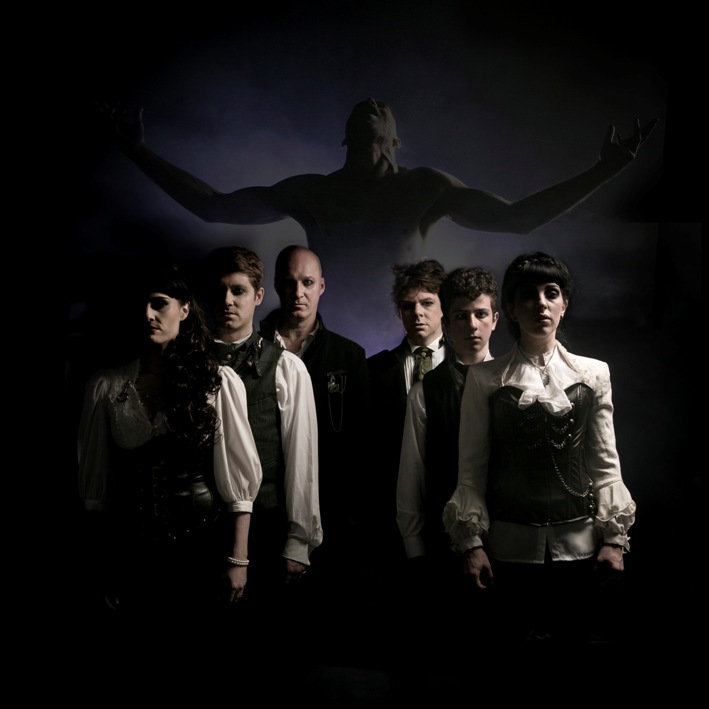 Theatre People.com.au had a quick catch up with Shaun Kingma (Director) and Tyson Legg (Musical Director) for Williamstown Musical Theatre Company’s upcoming Australian Premiere production of Frankenstein, A New Musical before heading into their production week next week. 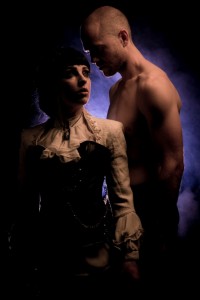 Why did you choose to do this show?

Shaun: After Tyson and I last worked together on the Williamstown Musical Theatre Company’s production of Next to Normal, we wanted to do something again with the company and with a bit of grit and darkness within the genre of horror. Both of us are big movie buffs, especially in the horror vein. So after a few meetings we came across a recording I have had for a few years of this tiny little off-Broadway show that was done in the mid 2000’s. After a few listens, it seemed to be both a perfect match for that “something different” we were wanting, and for the creative freedom that WMTC and its theatre space allows. The show is also extremely well-constructed. Its story moves at a cracking pace and rarely lets up. Along with some very clever and carefully placed narrative structures, it is a great classic tale, told very well.

Tyson: We were looking for something scary. A legitimate horror musical. Shaun was already aware of the show and once he played the music for me I was sold. The show is written in a cinematic style, so being the big film nerd that I am it really made an impression after our first read/ listen. When the news came through that it was available to be staged we couldn’t resist and luckily WMTC trusted us enough to back our choice.

What are the challenges in staging the show?

Shaun: It is a daunting show. A first glance it may seem quite intimate (and at times it most certainly is), but as a whole it is quite epic in scope. Although told through a small cast of 15, its story and ideas are very large. Due to the pace of the show, there is barely a moment to catch a breath for the cast (and possibly for the audience in some cases). So, to ensure the story telling was clear was most important.

Thankfully we have been blessed with a superbly talented cast, who have pushed themselves to their limits willingly and gladly. It’s rare you can get a cast who are not only talented but that also want to push themselves to do something different and to do it without fear.

Tyson: Specifically to me there are very few challenges. The show has never been performed in Australia and will be completely new to 99% of audience so I don’t feel that pressure to recreate the score exactly from the CD to appease all the super-fans. It’s a liberating feeling to be free of that responsibility. If I want to take a phrase slower/ faster or play with dynamics I can just go ahead and do it. 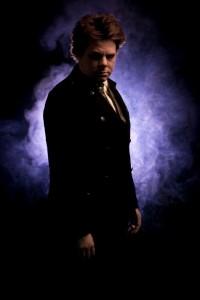 Shaun: The design itself was the one area that took me the longest. The design certainly has pushed all of us to think more creatively and technically, than possibly we have before. WMTC has risen to the challenges in its usual relaxed, professional, mature and calm manner, and again I am so grateful for their hard work and dedication to this production. I certainly don’t believe in doing a show if you are just going to coast through it – I want to be challenged. That said, I cannot imagine the design being done any other way now.

Tyson: I have thoroughly enjoyed getting to know the score to this show. It has similar elements to other more well known shows like Jekyll & Hyde, Phantom and even some of Menken’s darker work with Disney, but while you could say it wears its influences on its sleeve to a degree, it has a character all of its own. It doesn’t pull any punches when it needs to be heavy and epic and its ballads are more complex than the first listen would have you believe. The singers have to work their butts off as well. Each character has their moment to vocally impress and each of our cast nails it ! There are also huge amounts of intricate harmony work for the ensemble which has been a lot of fun to teach and refine. I can’t wait to put everything together with the orchestra in the next week. It’s going to be massive!

What is the show about?

Mark: On the surface, the show is about a man who discovers the secret of creating life and manages to reanimate a human being. What follows is him dealing with the consequences of playing God. For me personally, beneath that, the show is about what becomes of a man when he is never shown how to live with kindness and is never shown how to love, or be loved. It is almost a case of nature versus a lack of nurture.

Scott: My character Victor Frankenstein is a brilliant young scientist who discovers the secret of life after his mother dies. He attempts to make a perfect human to combat the pain and sorrow of death, but creates a nightmare beyond his wildest dreams. It’s a beautiful and chilling story of love and loss.

Katie: The narrative is beautifully taken from Mary Shelley’s dark classic novel. However, the audience is taken on a twisted journey through the retelling of story within the story within the story, achieved by clever timeline and theatrical devices. It’s dark and intense. (Like a good wine!)

Jess:  It sees the tale of Victor Frankenstein and his family, as they are taken on a journey which centres itself on the conception of his ‘greatest achievement’ – the creature. This follows onto his downfall and the spectacular spiral of events that lead on from the ‘birthing’ of the creature. This mad lust for answers of science and the unknown drive Victor to a point of no return whereby everything close to him, is lost. I am a HUGE fan of the novel and an even bigger fan of the dark, the horrifying, the tortured and the unknown, so to be involved in the Australian premiere of this show is an absolute thrill for me. I quite simply, had to be involved!

How have rehearsals been? 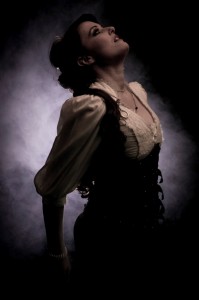 Mark: Rehearsals have been fast paced and I have loved it. The cast have been given such an incredibly short period of time to learn what at times was up to 5 and 6 part harmonies, and then we would be blocking it on the stage whilst singing 15 minutes later. The talent in the cast has blown me away and some of my favourite stuff in the show is the choral singing produced by our cast. As a result of this level of talent and professionalism from all members involved, the rehearsal process has been a joy to watch and be a part of, and it is only getting more exciting as we approach opening night.

Katie: Fast paced and powerful. Just how I like it! I think we’d blocked the entire show 4 weeks out from opening. This was to ready us for what we have lovingly called #techmonth. Our cast is incredible!

Scott: Smooth and fast. When I first heard the cast sing together, that was an incredible first moment for me. It was like they had been rehearsing for months! Everyone has been so efficient & committed to what they are doing; it has made the whole process so wonderful to be a part of. Truly world class.

Jess: Ridiculously organised, wonderfully productive and fabulously rewarding. WMTC have such an incredible and well-deserved reputation and Shaun runs such a tight and reliable rehearsal.

What has it been like to work with the production team and WMTC?

Mark: To be truthful, Williamstown is quite a travel for me and I never thought I would be doing a show with them. However, seeing some of their recent shows and the quality they produced, I started to think maybe the travel aspect would not be so bad. When Frankenstein was announced, I was intrigued and researched the show, and found that I would be very keen to have a go at the role I am ultimately going to be portraying. Seeing Shaun’s name attached and having worked with him in the past was what inevitably sealed the deal for me to audition. I have not been let down or disappointed in anyway. Working with Shaun and Sallyanne again has been just as good as it was last time and Tyson is an exceptional musical director. As for the company itself, it has lived up to my expectations and I would recommend anyone to give themselves a chance to work with this wonderful company.

Scott: This is the first time working with Shaun as a Director. Big teddy bear that guy is but I couldn’t help but feel a little intimidated being next to him at times. He is just that good! Sal has been a wonderful support and Tyson is masterful behind the music. There has been no bitching or egos to deal with which is sooooooo good. Just passionate people getting together for the love of it and doing what they do really, really well! I would certainly work with WMTC again; it’s been an absolute blast!

Katie: I’ve always wanted to work with Shaun as a director. The talent and vision of the whole creative team is such a pleasure to be immersed in. I’m so excited to be back on stage at WMTC (my last show being Chicago). The producing team, lead by company President Marcus Cassidy-Anderson, run such a slick, supportive, professional and vibrant operation. As a cast, we feel completely at home and know that we are in the best of hands.

Jess: Perfection. Ever since I saw Shaun play Javert in Les Mis (dare I say, ten years ago) I’ve been an avid fan girl and follower. His directorial efforts are always so thorough, so precise, so intelligent and so professionally executed – I just knew Frankenstein with Shaun in the Directors role would be something I had to be involved in. The pre-production work that’s been put into getting this show up is beyond anything I’ve ever really seen – there’s so much passion for this piece and for creating a version of it that’s exciting, unique and a sensory ‘experience’ rather than just a bunch of people acting on a stage with a tree and some haze. And Tyson is an exceptional musical director – the two of them make a formidable team and it’s been a wonderful journey. I’m very proud of this production and I can’t wait for the first of our audiences to cast their eyes upon it.

Being an Australian Premier, what can audiences expect to see? 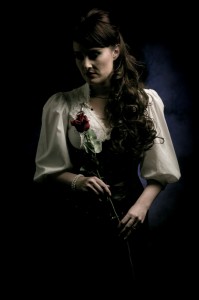 Scott: I definitely think audiences will get their money’s worth with this one. They will be witnessing some exciting things on stage. You should come for the sound effects alone!

Katie: It’s such a special opportunity to be able to bring to life characters for the first time. I’m eagerly anticipating the many shades of reactions, from our premier audiences, to this thrilling production. I’ve been describing it to folk as Jekyll & Hyde meets Les Mis meets Phantom meets…? But you know what? Frankenstein definitely has its own thing going on. One thing is for sure, you won’t have seen another musical production like it!